NAXJA Member
After riding there last friday, I convinced my buddy that we needed to make a trip over there. The trees are spaced so much further apart than the terrain we usually ride on the west side of the state.

So we let his place in Gig Harbor about 5:10am Saturday, and unloaded at treephones campground about 9:30am.
It was cold enough that even at 10, the snow was still hard. 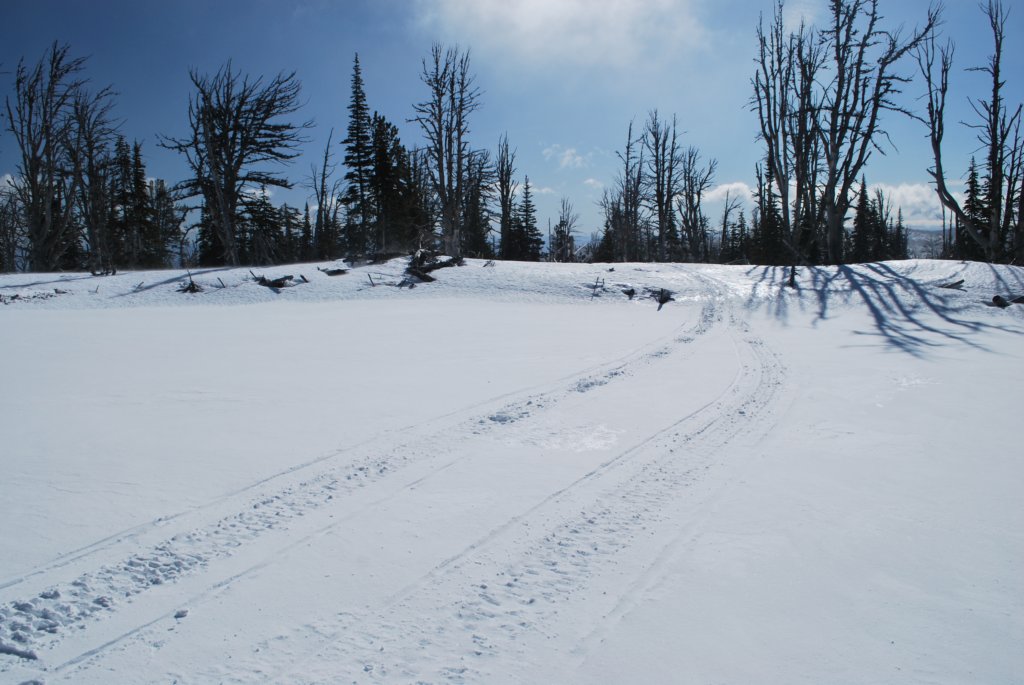 Plenty of snow at the cabin near Clover Flats campground (lots of beer cans inside, kind of a bummer on that) 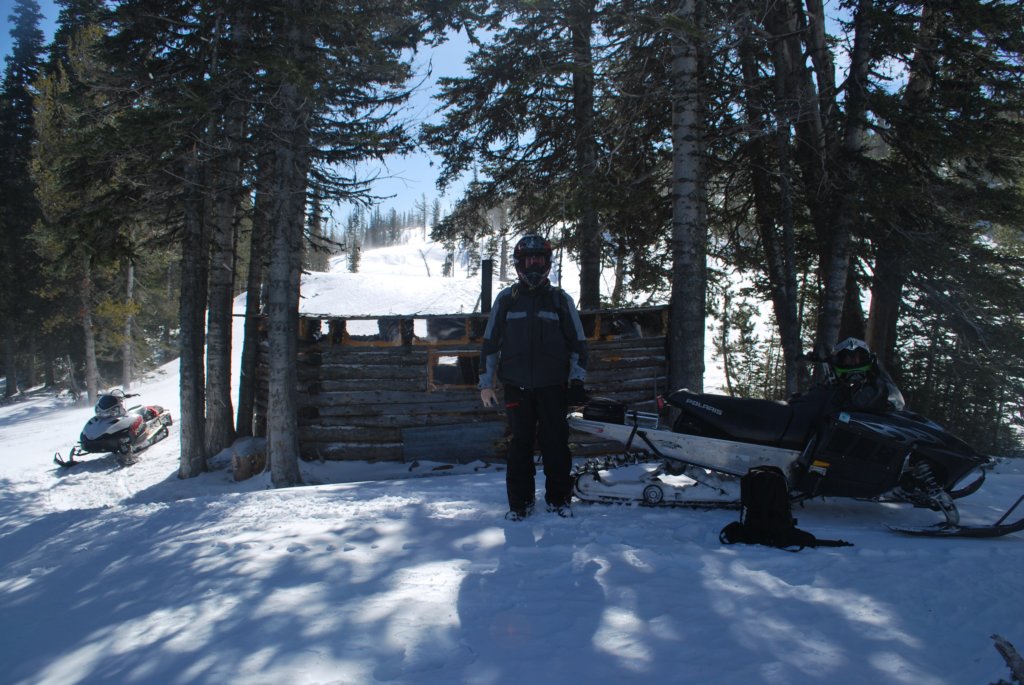 Up on top near Mt. Darland / superbowl, the trees were still frozen, even at 11:00am. 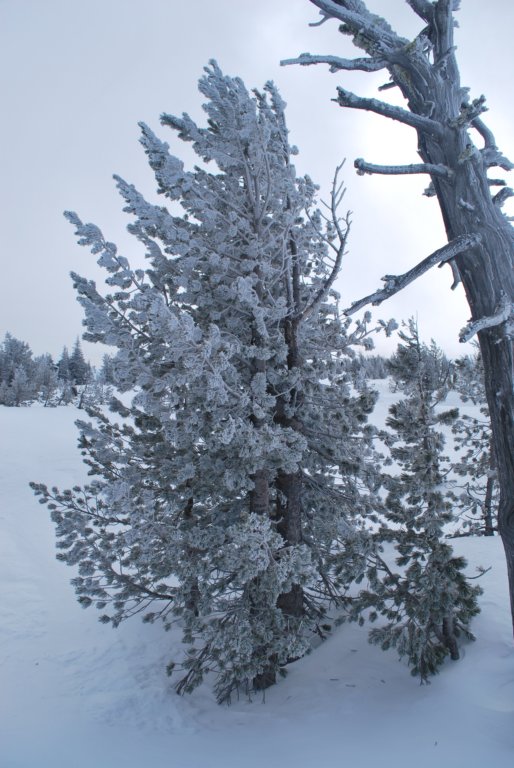 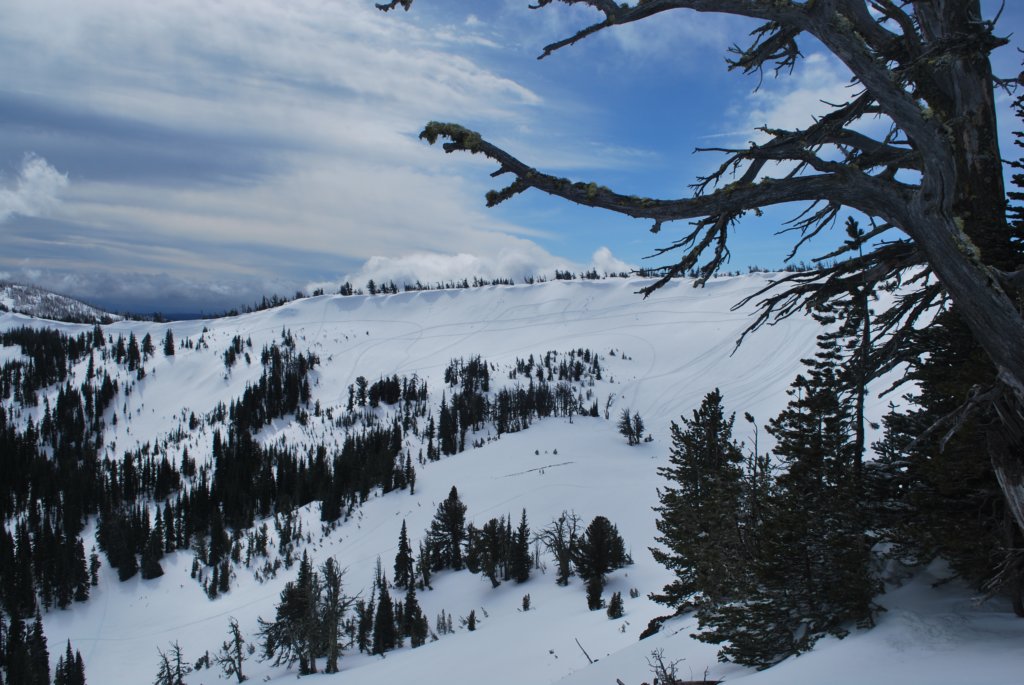 Then rode over and met them at the top of the bowl. It was nice to meet ya'll.
One of the guys told us where the snow depth pole was, so we rode over and checked that out. 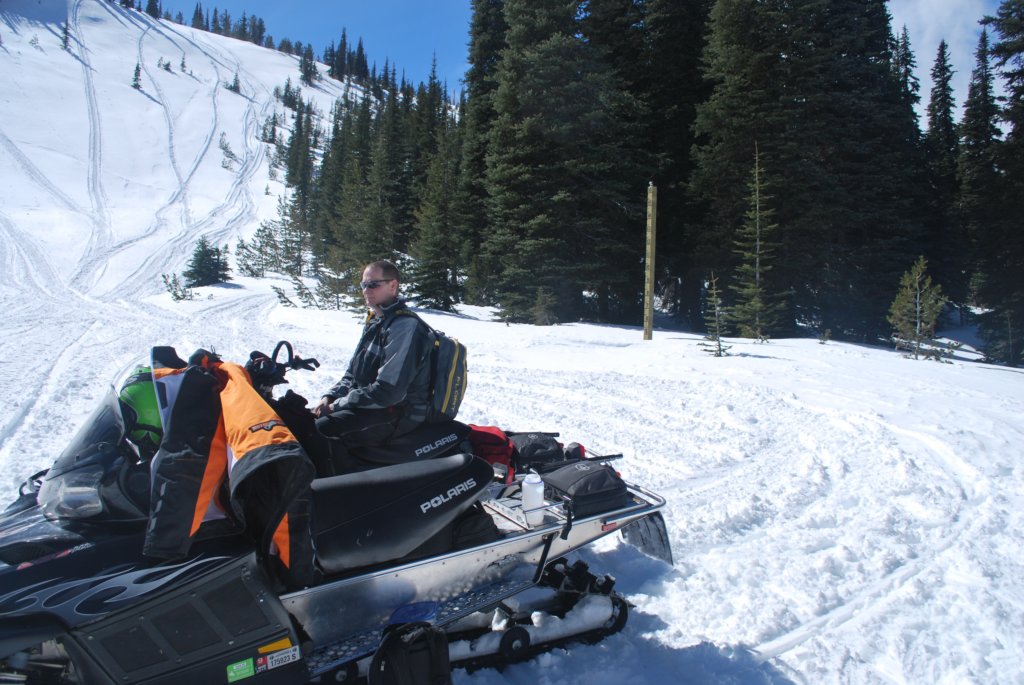 Watched a guy make a couple new tracks on his Turboed Pro. 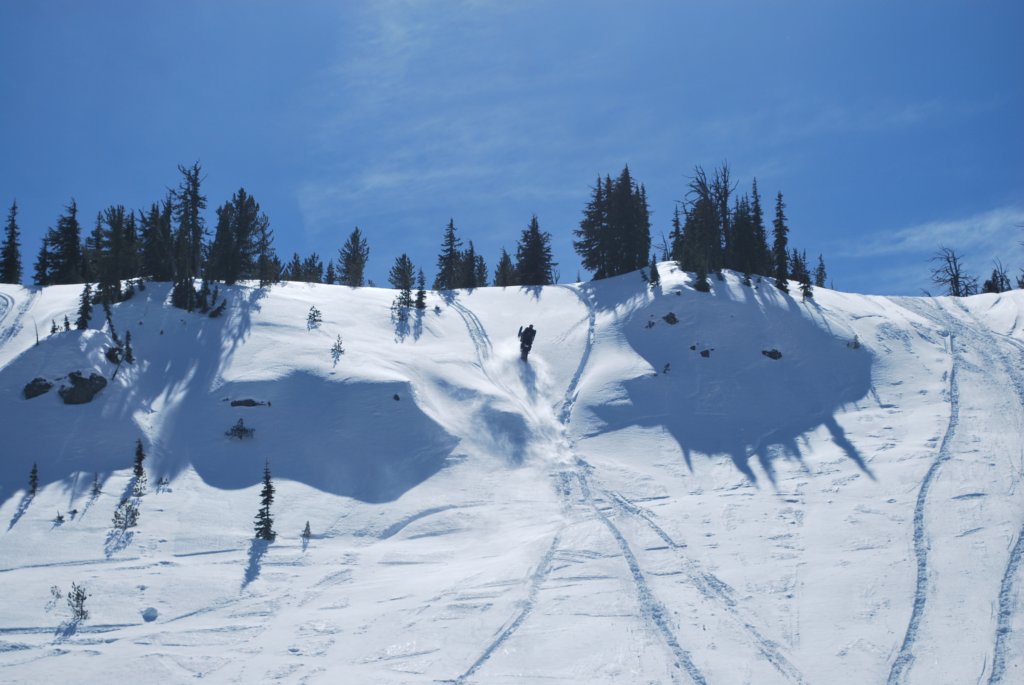 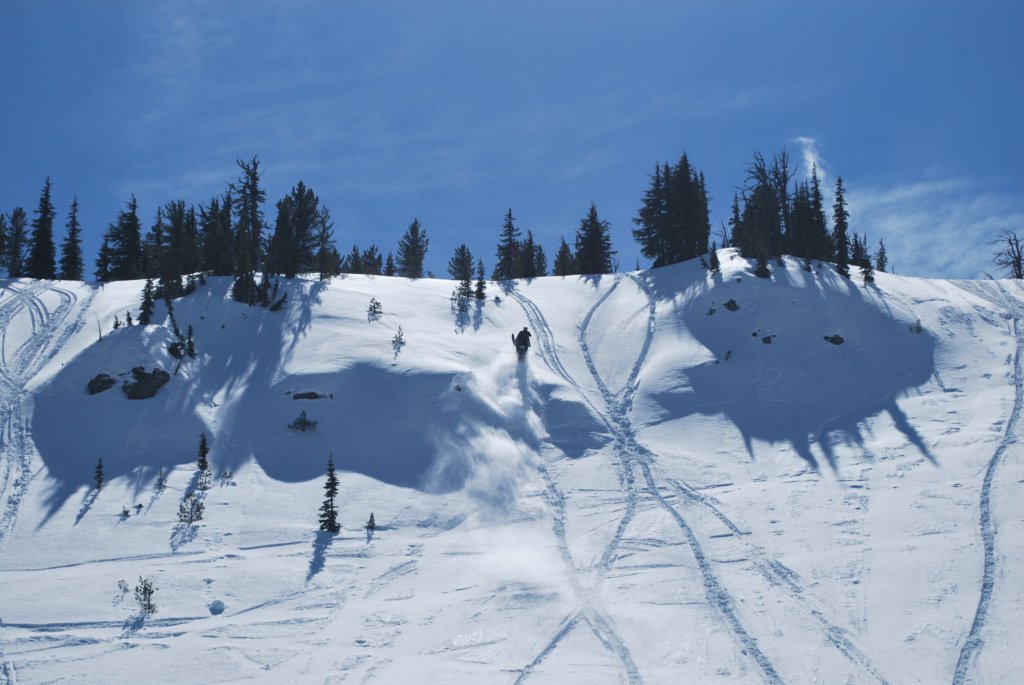 Then we cruised around some more, found a gentle slope with sparsely spaced trees and decided to practice some side hilling. Ditched the jackets because it was so warm. 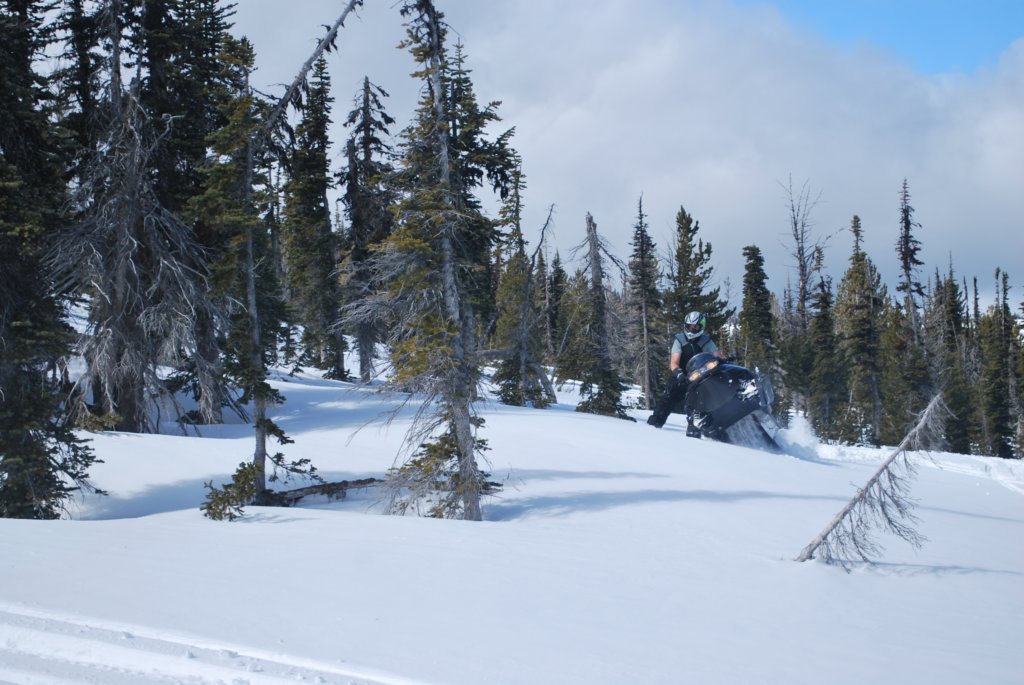 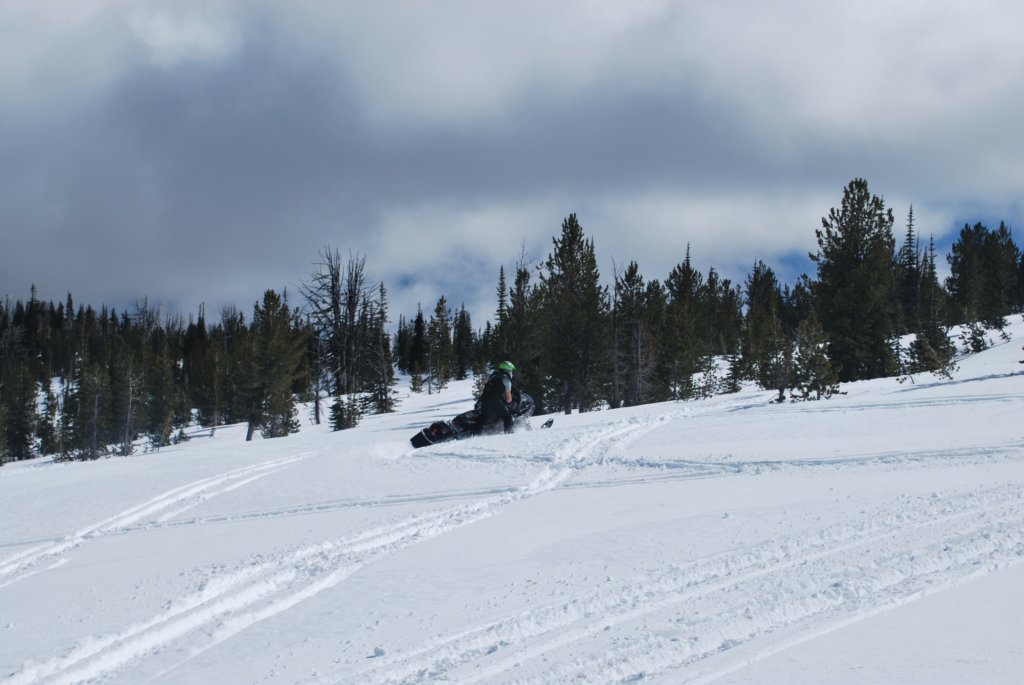 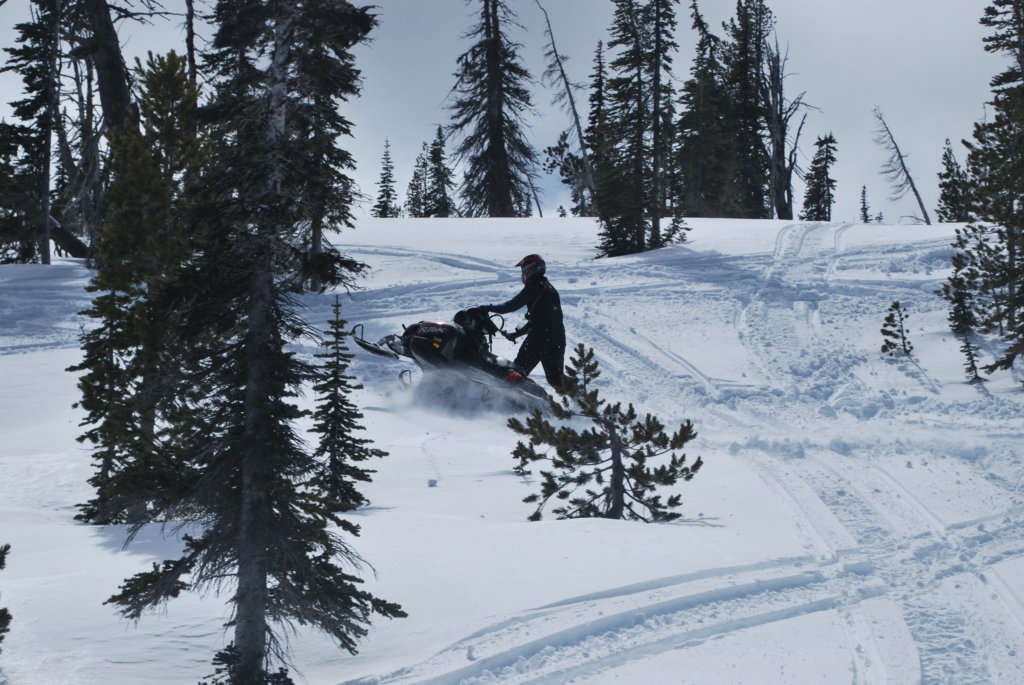 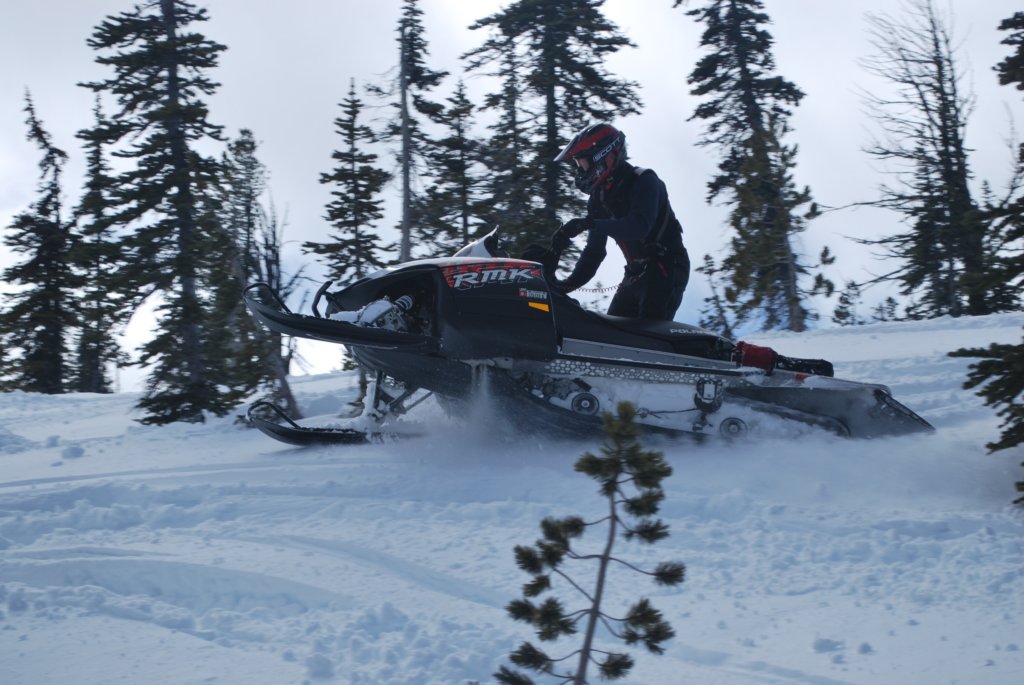 NAXJA Member
We found a meadow and another side hill up the hill from the clover flats campground, and my buddy decided that he needed to play sidehill guy above the open creek. 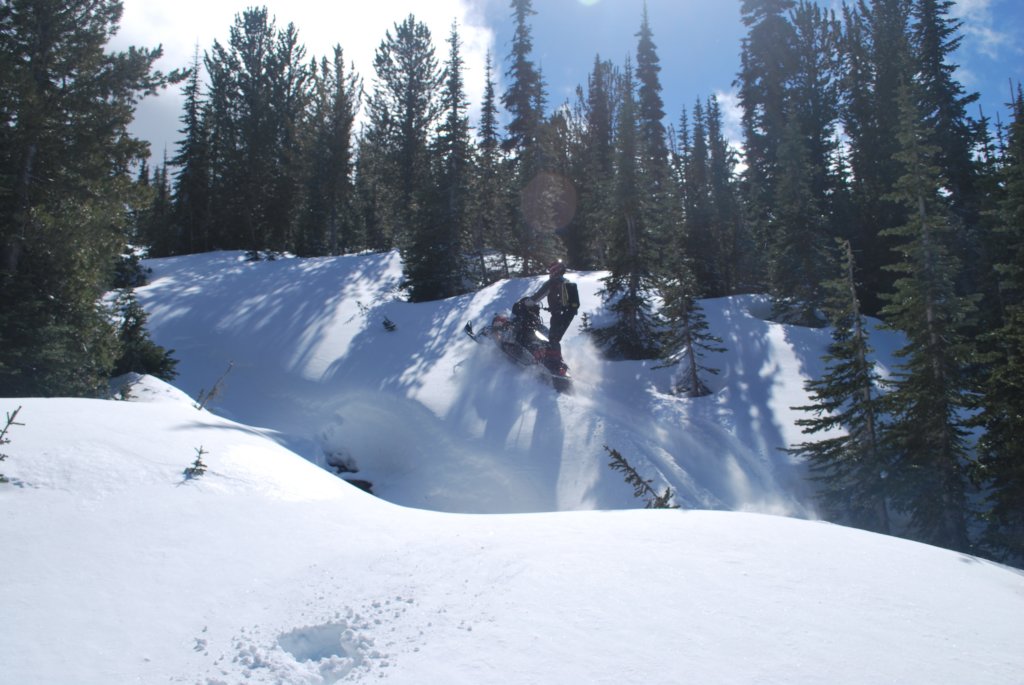 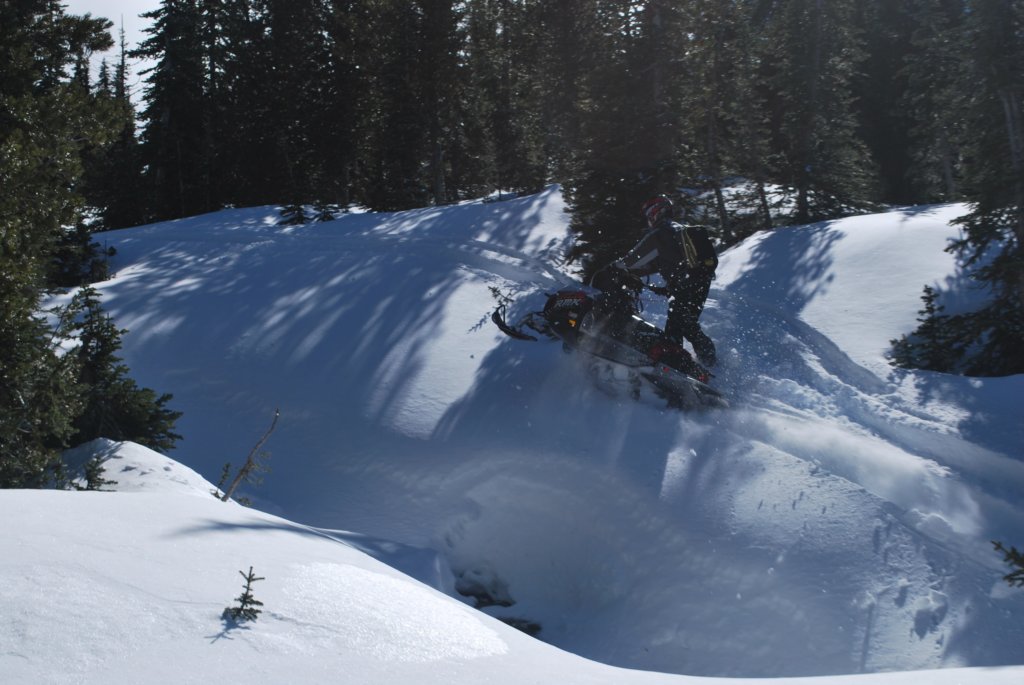 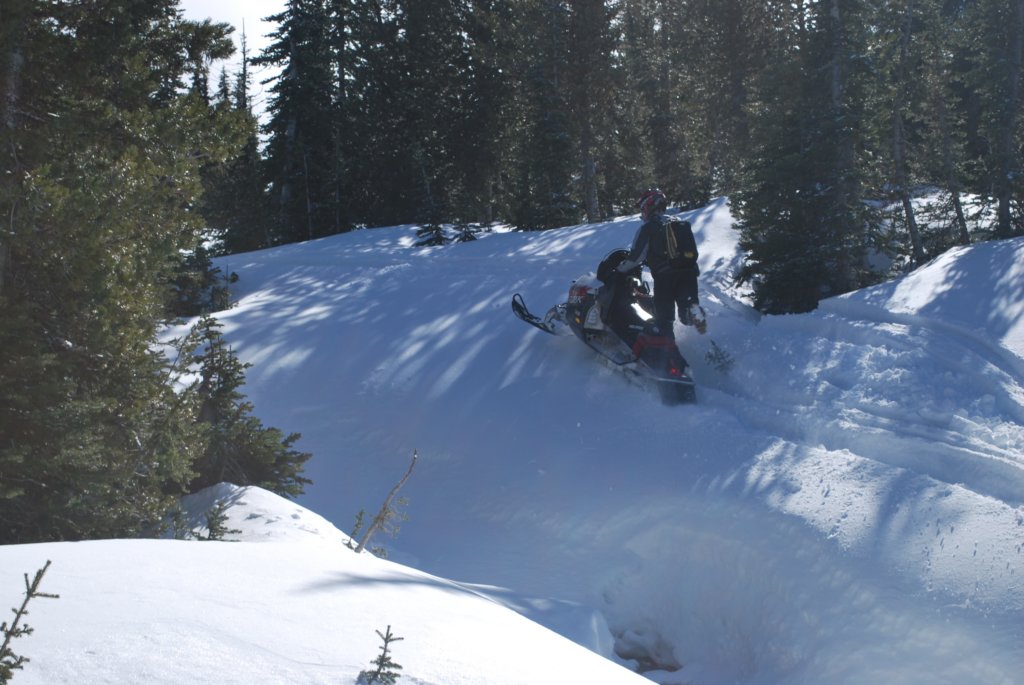 then headed back to the snow depth pole on the bench without dropping in from the top, and saw some guys stuck near the top of the hill. Turns out it was a dad and son. It was dad's 2nd ride, and sons first. 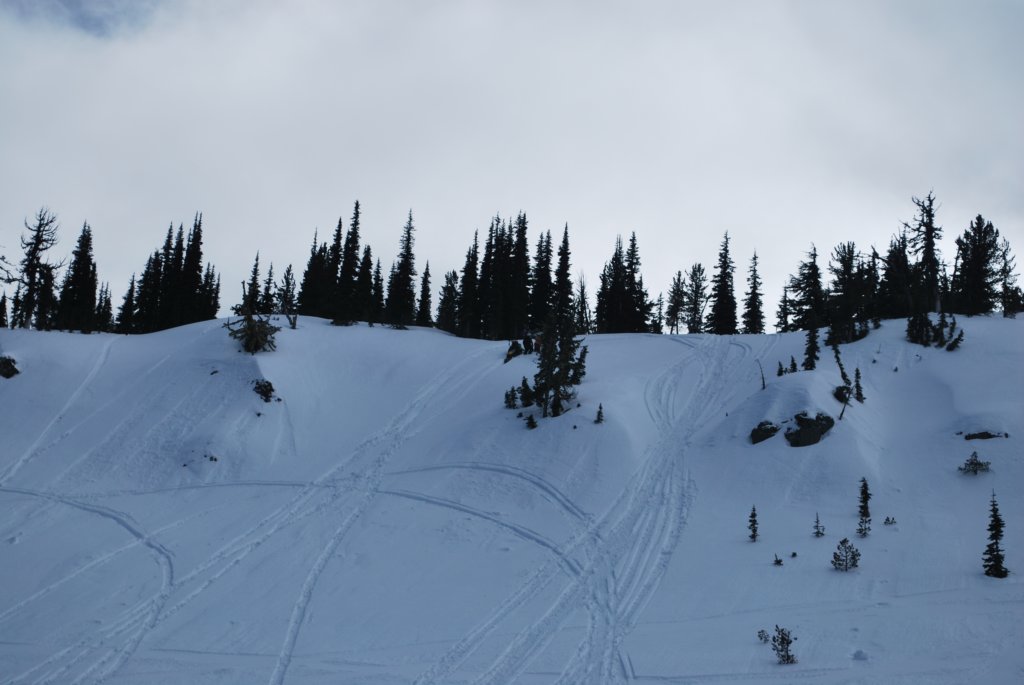 Helped pull them out, then went back to the truck.

After stopping for dinner at the Roadhouse in Ellensburg, we made it back to my buddies place about 9:45pm!

Long day trip, but definitely worth it.
9